NTPT™ developed the prepreg in close collaboration with Saint-Gobain Quartz, which supplied its Quartzel® fused quartz fibre reinforcement for this project; Reichhold, which developed an ADVALITE  hot melt, monomer-free vinyl hybrid resin for the matrix, and Richard Mille, which led the design and validation work for this highly demanding end use.

To earn its place in the exclusive watch, the new prepreg had to meet an extensive list of performance specifications, starting with a high strength to weight ratio. The project team had to demonstrate that the material was non-allergenic, would not yellow in sunlight (UV) and was resistant to a range of chemicals that the watch could encounter during its lifetime. The prepreg also had to enable the manufacture of an intricately-shaped watch case that is lightweight, extremely strong and impact resistant, and watertight. An unusual design driver is that the aesthetic properties require a white, contamination-free composite. 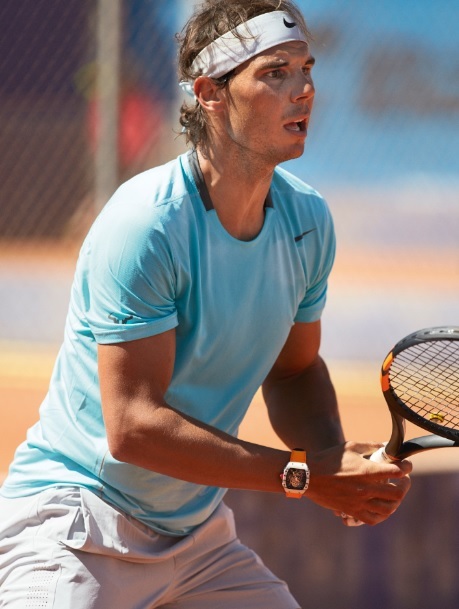 Using its proprietary spread tow technology NTPT™ manufactured unidirectional (UD) quartz fibre prepreg tapes of 300 mm width with a fibre areal weight of 52 g/m2. The tapes were then transformed into 2D prepreg preforms using NTPT’s automated tape laying (ATL) equipment. The preform is cured to produce a densified composite block, which is machined into the watch components by Richard Mille. The use of thin ply prepreg enables machining into extremely complex shapes without delamination, which ensures that the watch case is watertight.

“The RM 27-02 Rafael Nadal Tourbillon wristwatch is a prime example of the myriad possibilities unlocked by NTPT™ and their TPT® Quartz technology," says Julien Boillat, Technical Director at Richard Mille. "The dedication of all the participants in the development of this new material allowed us to continue extending our knowledge of composite materials for applications in watchmaking.”

"We are delighted to have won this award," comments James Austin, CEO of NTPT™. "This project is an excellent example of the way we work with customers to develop a material that answers their specific challenges. Collaborating with Saint-Gobain Quartz and Reichhold we have pushed the boundaries of thin ply technology even further to create a truly unique prepreg which meets Richard Mille's demanding performance specifications."

TPT Quartz prepreg is initially exclusive to Richard Mille luxury watches, but NTPT™ has developed unique know-how in the processing of quartz fibres and can now offer quartz prepreg materials ranging from thin ply UD tapes of 50 g/m2 through to multiaxial preforms. Quartz prepreg could also be applied in aerospace, telecoms, defence and other specialised applications, where a combination of properties such as low weight, excellent electromagnetic transparency and resistance to impact or an aggressive environment is crucial. NTPT™ is currently in discussions with a number of companies interested in employing this new material.

NTPT's quartz prepreg won the Luxury category of the JEC World 2016 Innovation Awards. The project team from NTPT™, Richard Mille, Saint-Gobain Quartz and Reichhold will be presented with the award during the JEC World composites exhibition in Paris on 8-10 March 2016. Created in 1998, the JEC Innovation Awards identify, promote and reward the most innovative composite solutions worldwide.